Nothing like some LL Cool J to get this post started, am I right? or am I already overly obnoxious? Either way, I’ll take my chances.

I won’t offend your intelligence with a history of why lying isn’t the jazziest thing in the world, but if you need a refresher I think what follows will educate you youngins’ some.

I have this ‘not so great’ habit where I lie but let’s get some things out in the open because I feel I deserve a disclaimer, in other words, please be easy on me.
I was never the kid who acted out or caused my mother any real grief no, rather I was the type of kid who kept things to myself for fear of hurting people. I would hold out for as long as possible so as not to burden anyone with anything that could even potentially upset them. This sort of behavior is both selfless and self-serving. I endured guilt while also using ‘protecting others’ as a lame cover up for being deceitful and hurting others. 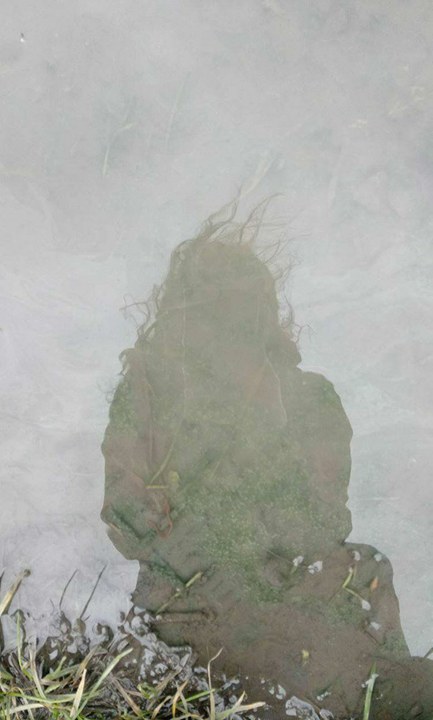 Also, you guys know I obviously know how people will react and because of this incredible wisdom and fortune telling, I choose the most mature option; avoidance.
Firstly I hope you detected some sarcasm there but I’m OK with some of you holding the belief that I am really the next Daila Lama (I know a lot about how they choose him and I obviously fit all of the signs.)

Usually, I’m not right (I know, I’m just as shocked) and this is because I always expect the worst. I thoroughly convince myself of a wrath so fervent and fiery it would put the scene in The Godfather Part 2, when Kay tells Michael that her miscarriage was actually an abortion, to shame. My mother is not a mafia member but the scenarios in my head tell me otherwise.

I guess it’s time to pinpoint an example without tarnishing my street creds too much. (apparently, I am the mafia member here) The most frequent, most damaging lies and (usually) lies by omission have involved relationships. Another not so great habit of mine has been ‘giving people a second chance’ AKA caving in and in reality giving them a second, third, fourth… I think you get the idea.

I don’t know anyone who particularly likes liars but I do know someone who hates them and that is my momma. I understand why and I side with her yet I have also caused her a lot of hurts. I have so foolishly withheld information for ‘her best interest’. She is the most loving, kind and understanding person and because of that love, she is a fierce protector. People talk of guardian angels, spirits, and daemons but I truly believe she embodies all three and more. (if that’s possible)

It is important and in my opinion, absolutely vital to have that person in your life who will give you the unfiltered, ugly and oftentimes life-saving truth. Unhealthy relationships can destroy anyone and as I’ve said before we all have different levels of tolerance for the amount of stress we can handle. (this isn’t a contest though) I’ve also said this before and I’ll say it again, (obviously) I am highly impressionable and easily manipulated so mix that with a mental illness and you’ve got one screwed up a drink that’s sure to send you home wobbly legged and plastered.

It’s never too late to atone for your sins, I was raised Catholic so I’ve got Christian terminology nailed. (no pun intended) In all sincerity, I do believe the above (my puns are getting top tier) and I also believe complete honesty isn’t as easy as we make it out to be. We all lie and many times it is for reasons like mine, or a white lie to get out of doing something and sometimes just because the truth sounds boring (I tend to exaggerate with stories)

The truth is (I’m getting better already) lying isn’t something you want to get into a ‘not so great’ habit of doing. This sounds ridiculously obvious but that’s why I’m saying it, it really is that simple. You’ll be amazed how much better you feel when you are mindful of what you say. Believe it or not (I won’t be offended if you don’t) I have worked on this a lot in the past year and I’ve improved. When I don’t feel up for something I don’t make an excuse I simply say either I am not feeling up to it or I’ll be doing something else because I used to lie about what I was doing in fear the person would be offended.

and all I wanted to do was take a nap.

When it comes to the more important issues that’s when you have to realize your mother is not a member of the mafia (as far as you know) and trust what she tells you is because she only wants what’s best for you.

View all posts by Blogpostsfromthedge

3 Replies to “Why you always lying”