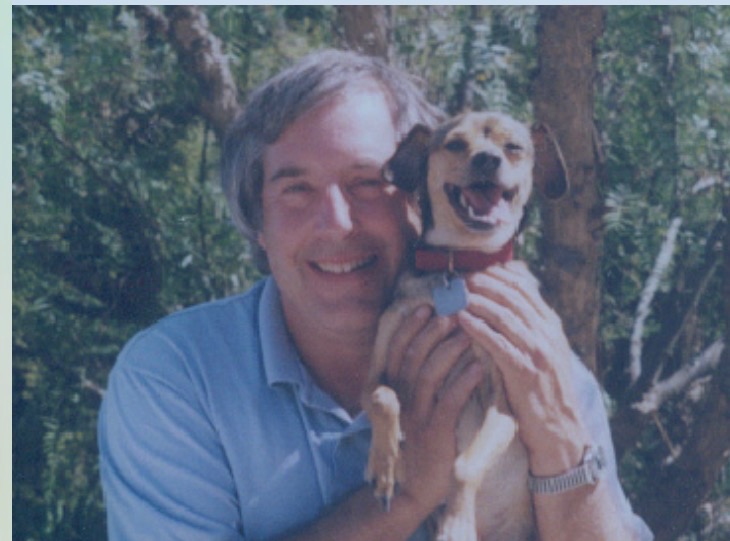 This is another ode from Inside and Out by Terry Fisher. You can find all of them here.

Keeper. Now there’s a name for you.
16.5 years ago Matt knew just what he’d found—
And named him that, too.
All those years Keeper had been around.

Lasting longer than most marriages—
Little pip-squeak of a dog— could fit in most carriages.
In fact, Matt got him as a puppy in a basket—
Matt wasn’t ready— he’d just put Penny in a casket.

But Liz just left the puppy at his door—
Knowing just who he should be for.
When he popped up with a smile that stole his heart—
Matt knew he was a Keeper right from the start.

He was the one thing Matt could count on to greet him home—
So he never ever felt that he was alone.
But now holding his dead dog with tears in his eyes—
He said, “Now I’m all alone— I’ve had to say my good-byes.”

But we said, “You aren’t alone— you have great friends—
“Unconditional friends, not needing amends.”
But we are just simple two-leggers—
Nothing can beat the love of four-leggers.

You made a puppy very very happy for a long long time—
You’ll make another one so lucky and again the sun will shine.
Now Keeper is happy at Rainbow Bridge—
He’s there yonder, just beyond the ridge.

I am a novelist, screenwriter, and blogger. I have written a screenplay entitled “Memory of Shane” and working towards the completion of the novel version. I am also writing my memoir “The Bipolar Writer" which also serves as the name of this blog. I also write feature articles on other members of the mental illness community on my blog. View all posts by James Edgar Skye

3 Replies to “Ode to Keeper”