I have one last guest post in honor of Suicide Prevention Month from writer and blogger Kira, you can find her blog at https://jackofwriting.wordpress.com/

My Brother Lost His Fight, But I Will Win the War

One day, I woke up, and my entire life changed.
My mom had tried to reach me while I was sleeping in, on a Wednesday. I had no class, no work, nowhere to be.

I called back. The short version is: she was far away, had received an email at 3:00AM from my brother. He was saying sorry for committing suicide and explaining why. He was bored.

I only read the contents of the email later. So, I thought there was still a chance he hadn’t gone through.

It was 9:00AM. I lived 20 minutes away from him. I ran there, called his cell, it was off. I arrived in 10 minutes. The police were already there. I really wanted it to be for something else. I didn’t see the corpse, but I might as well have: I knew my dead brother was in this bag.

I’ve read that the worst for the police isn’t handling the corpse: it’s telling the family.
They had to tell me they had been called because a corpse had been found: a student had thrown himself off the window of his room.

Then, they proceeded to ask me tons of questions. They tried to be nice but prevented me from calling my mom, who was going crazy on the other side of the country, desperately trying to reach my dad – and me.

They were very insistent on the fact that I shouldn’t be the one telling her. I agreed. Yet, after a few hours of this, I had to step up and insist: it was either them or me, but my mom had to know.

That’s when they butchered it. They called my mom, with MY phone, barely started the job, and asked me to “be strong.”

I did. I ended up being the one telling my parents that their son had jumped from the 11th floor of a student accommodation building.

Everything felt rushed after that. We organized a funeral, and I was the only one who could handle any sort of public speaking, so I managed it.

They say pain runs in the family until someone is ready to feel it. My brother wasn’t ready, so his pain exploded in our faces.

We all went back to work, after a while. I struggled. Being a teacher requires a lot of mental resources, especially when you handle teenagers going through the mad ride puberty is. And mine was close to 0.

Still, I did my job. And I did it well. My lessons were great, students loved me, I became even more empathetic than I already was, and detected (and helped) my fair share of students going through trauma, self-harming, bullying, suicidal thoughts. They all came at me as if I was a magnet. Maybe they sensed my pain, but I’ll never know.

I was in my own cycle of pain, and even though I was able to help them, I sacrificed my own resources, was regularly drained, until I came to a breaking point.

One day came when I finally accepted that I was not able to manage everything going on, on top of, well, myself.

I was still able to engage and inspire students.
I was still able to be “a teacher out of this world” (their words), but it became much harder to manage violence, drug issues, disruptions, violent or alcoholic parents, bullying, suicidal kids.
I wasn’t able to be sent on 2 or 3 schools per week (thank the French system, you can have tenure but still be a sub they can send anywhere).

I wasn’t able to do all this because my body had screamed at me for a year and a half that I should take better care of myself. I constantly got ill.

My body was right: I didn’t eat well. I didn’t work out. Most hobbies were off the table, I didn’t have time, I had to prepare lessons and deal with school-related issues. I didn’t listen to music. I didn’t sing anymore. I didn’t write or create content other than lesson related stuff. I saw my friends, and my long-distance boyfriend though. It’s the only thing I didn’t let depression take away from me. Relationships. They’re what save me in the end.

And that’s why one day, my body shut down. I had the worst panic attack and couldn’t move. I was used to them, fainting had never scared me that much, but this one made me realize that I had to break the wheel because I started to think suicide was a viable option. I was destroying myself, out of loyalty and guilt. 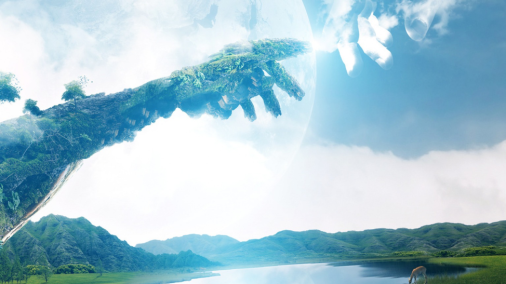 So, I finally asked for serious help.

Again, everything was quick after that. My friends and parents answered the call. I was put on sick leave, in order to give myself a chance to take care of myself. Do things that I love. Sleep. Eat. Write. See friends. Get married. Get my license.

Live for, and with, myself. I got worse, I felt the pain. I’m getting better, and I’ll carry it with me for a while.
I’ll win the war, but I don’t have to do it alone. To all the ones who have lost sight of the beauty this world can offer: keep fighting. We’ll

Remi had lost sight of this.
Bye, little one.

I am a novelist, screenwriter, and blogger. I published my memoir, "The Bipolar Writer: A Memoir," now available on Amazon. I also write feature articles on other members of the mental illness community on this blog. My author website is www.jamesedgarskye.me View all posts by James Edgar Skye